Approximately 2.000 years ago, in the pre-Columbian times, the inhabitants of Nazca developed a system of subterranean aqueducts to water the dry parts of the valley, which were lacking superficial water. The men of the Nazca culture could also combat the long droughts, which are existent in the valley of Nazca. This watering system is unique in Peru and probably in the entire world. Although the years have passed and there have been frequent Telluric movements in this zone, in the region of Nazca are still existing more than 30 subterranean canals, which are still used today by the farmers of the valley. These predominantly sow cotton, corn, beans, pallares and potatoes, as well as a variety of fruits.

At the designated time our conductor and guide, will pick us up at our hotel. Then he will bring us to the high point of the Nazca Valley, in the direction of the Cantayo Zone. During our tour we will visit the Inca ruins of Caxamarca, a tomb, which would like to say to be a place to rest. It was constructed a long time ago, during the time when the Incas expanded their empire to the coasts of Peru. At this place we will explore the enclosures of stone and receive an interesting introduction about the history of the Incas from our guide. Later we will visit the archaeological zone, which is known as Aguajas, where it is possible to observe an enormous trapezoid, from the top of a small hill. There we will get some information about the Nazca Lines and have the opportunity to have a close look of the famous construction, which was built more than thousand years ago. Eventually we will visit the aqueducts of Cantalloc, where we will be able to witness the imagination of the former inhabitants, who did build subterranean aqueducts to service. These are still used nowadays. There we will learn more about the antique hydraulic engineering, the watering system and the Nazca Culture. In the surroundings, we can also enjoy a natural scenery of plantations with cotton, corn, potatoes etc. (the fruits we will be able to see, depend on the season).

This program does not include 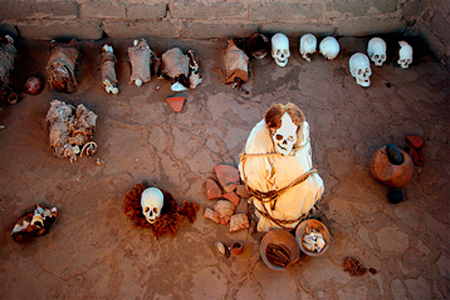 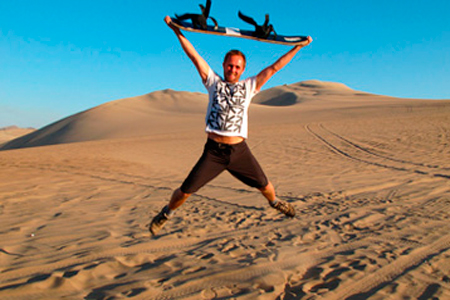 Sandboarding on the White hill in Ica 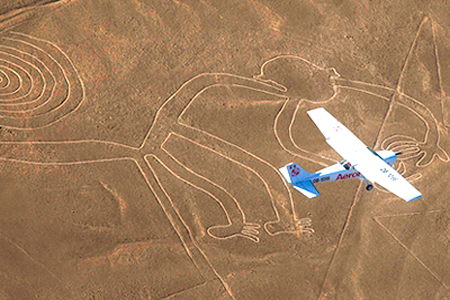 Half hour flight over the Nazca Lines 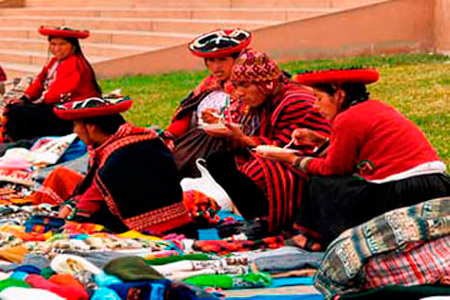 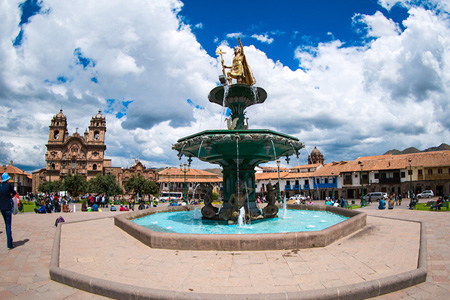 6 HORAS
See all tours in Nazca